Creating a Teaching Village in the Forest

A few weeks back, I sent Primitive Pursuits Co-Founder Jed Jordan an email asking for a few spare minutes to interview him about his work up at the Arnot Forest.

Having never been there myself, and having only heard about it through office discussions about preparing for our first summer there with Overnight Camps, I had no real idea of what this space means to our founders, lead guides, or students and was eager to find out.
A short while later, Jed said he had time for the interview, and he immediately headed for the door. I grabbed my notebook and pen and followed him outside expecting to land at the picnic tables outside CCE. Within minutes I instead found myself holding a paddle and carefully jumping into Jed’s orange canoe which was softly floating on Cascadilla Creek right outside the CCE building. Jed began to paddle and I turned to face him, smiling at this unexpected escape from the office. “So what makes Arnot so exciting as a new space, and how is it different from our other locations?”
He took a deep breath and a few paddle strokes, and I could see his mind formulating how he wanted to explain the Arnot. What new opportunities do we have with access to 4,075 acres of forest and grasslands, a location with 10 ponds, a long meandering creek, and over 400 species of vascular plants, not to mention the abundant wildlife? What does this space mean to Primitive Pursuits?
“Well it’s a part of the biggest undeveloped wilderness in our area,” Jed noted, “and one of the largest contiguous woodlands in New York State.”
Jed then began to share his passion for the mission of nature education. As I listened to Jed I heard his deep certainty in the power of broadening natural awareness and what bringing physical skills to youth and adults in an increasingly digital, i.e. non-tactile, world means.

For the first time in our 15-plus year history, we can offer long term programs for youth development and nature mentoring. With an expansive forest space, that has 13 cabins, a bathhouse, office, and main lodge we also have the opportunity to invite nature educators from around the world to train with us, and trade methods and skills. Jed expressed his excitement at the potential of creating a “teaching village”, a concept that pairs beautifully with Arnot’s long history of research and outdoor education programs with Cornell University.

One of the most powerful realizations for Primitive Pursuits as we passed the 15-year mark, is the recognition that our earliest students have been adults for many years now. And that some are continuing to pursue and share the primitive skills and wilderness awareness they learned with us as children. Arnot, with its infrastructure and expansive wilderness, allows us to have a physical home and grounding space for this growing community.

In our first few weeks and months establishing our relationship with this glorious forest, the potential for what our 10-year lease could mean is glowing with possibility. Right now though it’s all hands on deck repairing winter damage, stocking the office and kitchen with supplies, and creating a greater degree of familiarity with the land and its local inhabitants, including a bear who has been spotted several times in recent months. Bear tracking anyone? 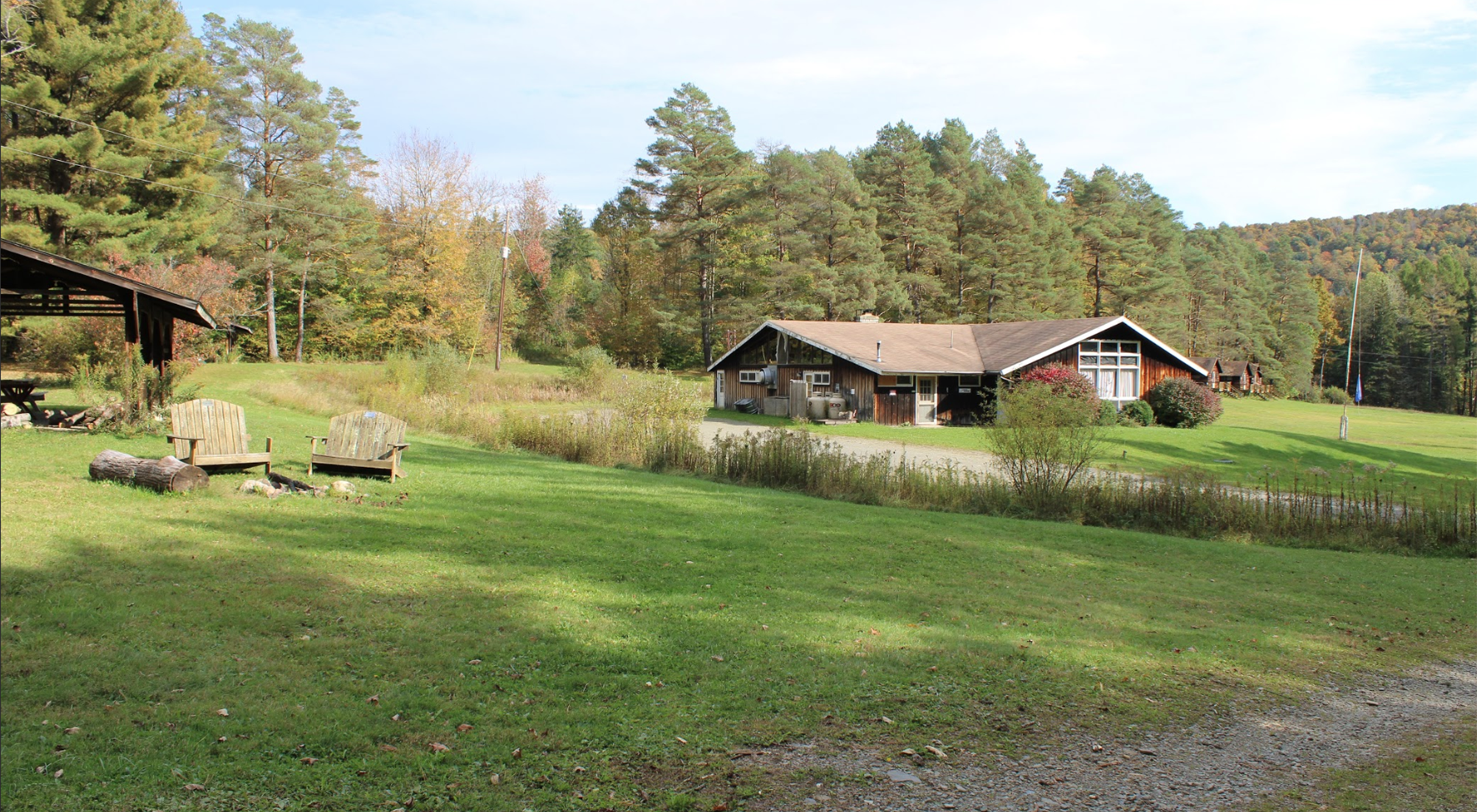